Many of you have asked how does Augmented Reality (AR) part of the cards actually works!

Besides being very expensive, it’s actually a very interesting process.

In order to make it work we had to create unique QR codes. Everyone is familiar with those and they seem pretty simple, right? Wrong! We tested more than 100 variations of QR codes and at the end we realized that they don’t really work well with image recognition. Also, the design didn’t looks so good. 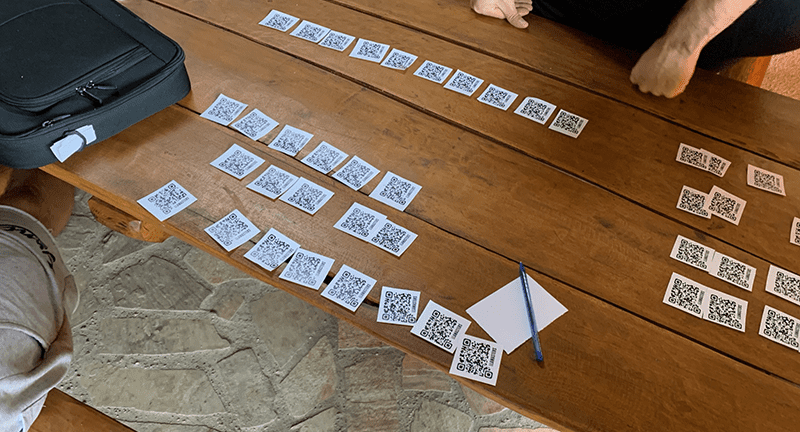 After looking for other options we found a very cool solution!

Next-Generation QR codes! They look pretty cool. Also we had the freedom of designing them to fit our brand, while simultaneously encoding data and acting as a traceable AR target!

Once we new that Next-Generation QR codes were the way to go, we focused on finding the best design. Not only did we want the cards to function and be cool, but we wanted them to look good too.

After settling on the best design we ran into a new problem. If we have different Next-Gen QR codes on the back then players would be able to tell which card you are holding — this means the game play would be useless!

So we tested the positions to find the best design to make sure that patterns are not recognizable by the human eye.

Finally, we found the best design that worked well with Augmented Reality but was not traceable by the human eye. 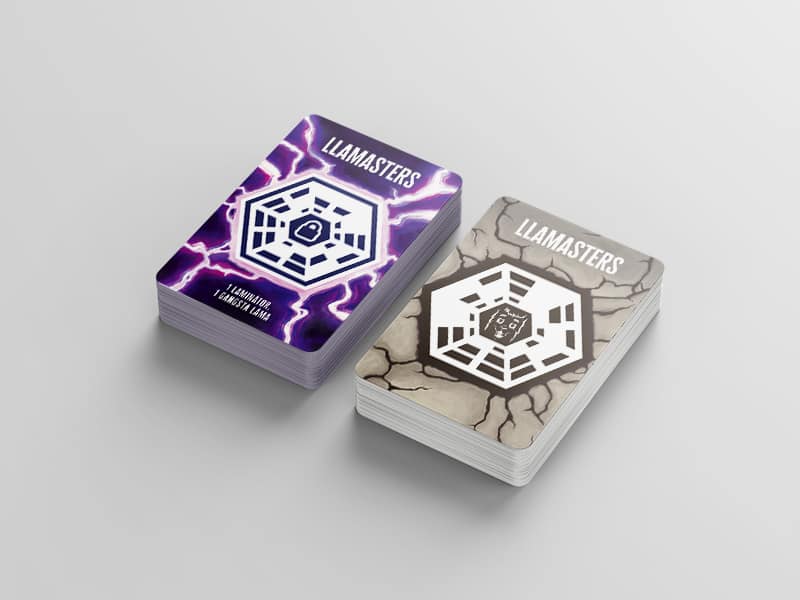 This process was challenging but also fun.

We hope you enjoy the cards as much as we enjoyed making them.

It's just a Llama thing, you wouldn't understand.